The Madhouse in Manhattan

indgår i serie In Time 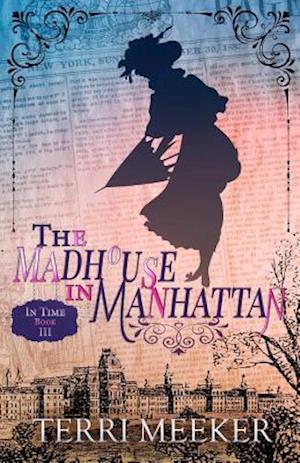 Nellie Bly was a real reporter who is credited with inventing investigative journalism when she had herself locked into a madhouse in 1887. This story weds these real events with a time travel element. September, 1887 Try me, Mr. Pulitzer. You won't regret it. That brash promise haunts Nellie Bly as she languishes in Blackwell Asylum, her most vital tool-her reporter's notebook-locked away out of reach. Without it, her undercover investigation into cruelty at the institution will fail. June, 2018 White hat hacker Oliver Cosgriff is between contracts when a strange Craigslist ad snags his attention. Granted, he's not very good a picking up on when someone's joking, but "Time Traveler Wanted" can't be for real. Can it? There's only one way to find out. Before he knows it, Oliver has a deceptively simple assignment with an outsized paycheck: step through a mirror, navigate Blackwell's nightmarish halls to put Nellie's notebook in her hands, and return. But when he steps back into his own time, something is off. Someone rode his coattails back through the portal. Nellie. Now, with a foot in two very different timelines, she's upending Oliver's world-in ways both terrifying and wondrous. ----- Warning: Contains a hero both charmed and cursed by Asperger's, and an intrepid heroine ahead of her time-literally. Also, a sentient weed-eater, a truly terrifying insane asylum, and hitches in the timeline that could make you rethink that third Frappuccino of the day.