The Lost Band of Brothers 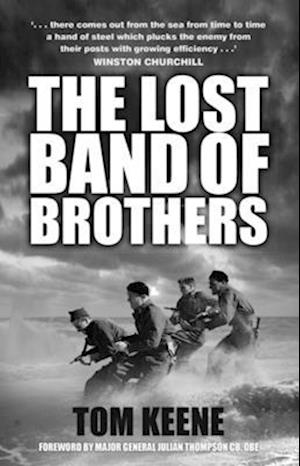 The story of 50 men hand-picked by Churchill to form a secret army that attacked, kidnapped, ambushed, and killed Germans across Europe during WW2

They were Britain's own Second World War "Band of Brothers": a privately selected secret army of 50 cross-channel raiders who formed the elite Small Scale Raiding Force. Part SOE, part Combined Operations, their full story of courage, audacity, and ultimate tragedy has never been told before. Created after the fall of Dunkirk, the raiders were much admired, especially by Churchill. In almost twenty daring missions over two years they kidnapped sentries, ambushed patrols, and shot prisoners--wreaking havoc along the rim of Hitler's Festung Europa. One night, they landed in a secret armed reconnaissance mission at what would become Omaha Beach and ran into a German patrol; with nowhere to hide but the sea, they were gunned down. Those left behind continued their extraordinary legacy, told here for the first time by Tom Keene

Forfattere
Bibliotekernes beskrivelse Endorsed at the highest level by Churchill, who wanted British raiders to take the fight to the enemy shore, fifty commandos were formed into a secret army - the elite Maid Honor unit, later renamed the Small Scale Raiding Force. 16 Plates, black and white; 40 Illustrations, black and white