The Lives of David Brainerd

- The Making of an American Evangelical Icon 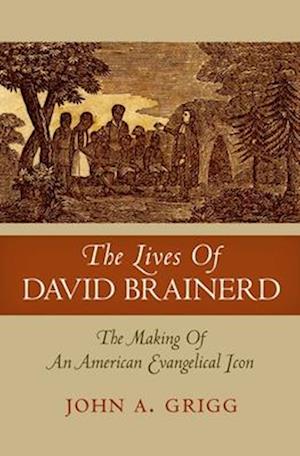 David Brainerd is one of the most enigmatic figures in American religious history. Born in Connecticut in 1718, he entered Yale at the age of 21. Expelled in 1741 for refusing to accept the discipline of the college's administration, Brainerd was ordained by a local ministerial association. After a brief stint as an itinerant preacher, he began to minister among Native Americans - first the Mohicans in Massachusetts, then the Delaware Indians in Pennsylvania and NewJersey. After four years, he returned to New England, where he died of tuberculosis, at the home of Jonathan Edwards, at the age of thirty-one. As soon as he died, Brainerd's life entered the realm of legend. His story has been told in dozens of popular biographies, articles, and short essays. Almostwithout exception, these works are celebratory, even hagiographic in nature, making him into a kind of Protestant saint, a model for generations of missionaries. This book will be the first scholarly biography of Brainerd, drawing on everything from town records and published sermons to hand-written fragments to tell the story not only of Brainerd's life, but of his legend.