The Little History of Kent 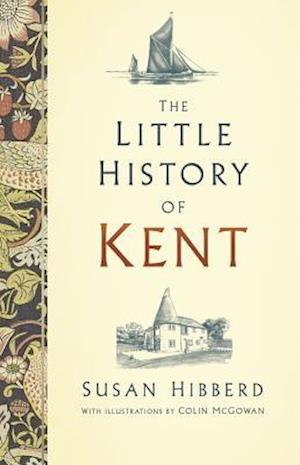 Kent has been the gateway to Britain since prehistoric man first set foot on our soil. Its people have repelled invaders including Julius Caesar, the Vikings and William the Conqueror, while welcoming migrants from countries such as France, Austria and the Netherlands. In turn, men from Kent played a part in invading and conquering such faraway places as Canada and the USA, leaving their stamp on the world at large.This volume is a tribute to those who have shaped our society and the world around us: from the long barrow at Trottescliffe and the medieval abbey of St Augustine to the Channel Tunnel and Bluewater Shopping Centre, it is plain to see that the landscape around us is itself a monument to those who went before.