- Choppy Warburton, the Question of Doping and the Death of His Bicycle Racers 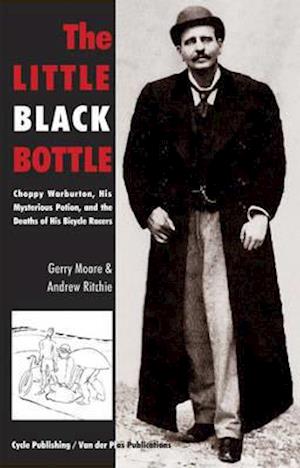 Accusations of doping in bicycle racing (proven or presumed) are nothing new. Right from the early days of the sport the use of "performance enhancers" have been a staple of the sport's rumour mill. The last two decades of the 19th century were the time when bicycle racing was the ultimate professional spectator sport. At bicycle racing tracks vast crowds would come to watch, and bet on, the riders who were at the time literally the fastest men (and women) on earth. In this environment, a manager or trainer often had what seemed like total control over his riders. The most famous, some say notorious, of these trainers was Lancashire-born James Edward "Choppy" Warburton. His "little black bottle" was believed to have magic powers to restore, or sometimes destroy, his riders. Was the bottle really filled with a magic potion, laced with doping substances? This book exposes what is known about Choppy and his riders, several of whom, like Choppy himself, died a tragic death.

Forfattere
Bibliotekernes beskrivelse The story of Choppy Warburton, one of history's most notorious cycle trainers, and the early history of doping in sport. 50 b&w illus