The Lion from the North 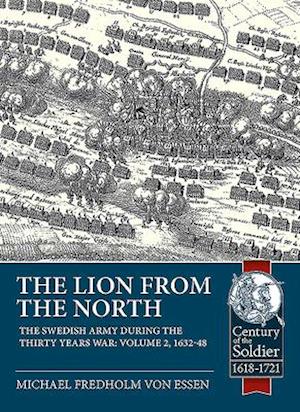 The book describes and analyses the early modern Swedish army during the Thirty Years War after the death in 1632 of King Gustavus Adolphus. At this time, military operations were handled by field marshals under the overall command of the Swedish Chancellor, Axel Oxenstierna. The book expands our understanding of the Swedish army during the Thirty Years War by focusing on its later operations, including those against Polish and Danish opponents, and not only on the better-known operations in Germany against the Catholic League and the Holy Roman Empire. Meanwhile, Oxenstierna continued his administrative reforms, which enabled Sweden consistently to raise troops, despite the small population of Sweden and its territories, and enabled an intelligence and logistics system which could supply the armies, despite the vast geographical depth of operations. While the Swedish army of Gustavus Adolphus positioned Sweden as an emerging great power, it was the subsequent developments of the army under Oxenstierna that enabled the Swedish rise to regional great power status. While the army of Gustavus Adolphus has been described elsewhere, the Swedish army's later developments are less well known. Moreover, the book includes current research that has not yet appeared in the English language. It also describes the 1643-1645 Swedish invasion of Denmark ('Torstensson's War') and the battles and sieges, including those of Vienna and Prague, that led up to the Peace of Westphalia, which concluded the Thirty Years War. Finally, the book covers the military aspects of the establishment of Sweden's first American colony.