The Life and Work of Thomas MacGreevy 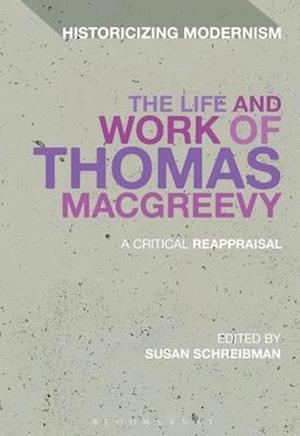 As a poet and literary critic, Thomas MacGreevy is a central force in Irish modernism and a crucial facilitator in the lives of key modernist writers and artists. The extent of his legacy and contribution to modernism is revealed for the first time in The Life and Work of Thomas MacGreevy. Split into four sections, the volume explains how and where MacGreevy made his impact: in his poetry; his role as a literary and art critic; during his time in Dublin, London and Paris and through his relationships with James Joyce, Samuel Beckett, Wallace Stevens, Jack B Yeats and WB Yeats. With access to the Thomas MacGreevy Archive, contributors draw on letters, his early poetry, and contributions to art and literary journals, to better understand the first champion of Jack B. Yeats, and Beckett's chief correspondent and closest friend in the 1930s. This much-needed reappraisal of MacGreevy, the linchpin between the main modernist writers, fills missing gaps, not only in the story of Irish modernism, but in the wider history of the movement.