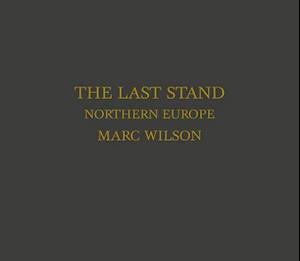 Since 2010 Marc has been photographing the images that make up The Last Stand. This piece of work aims to reflect the histories and stories, military conflict and the memories held in the landscape itself. The series is made up of 80+ images and is documenting some of the physical remnants of the Second World War on the coastlines of the British Isles and northern Europe. Focusing on military defence structures that remain and their place in the shifting landscape that surrounds them. Many of these locations are no longer in sight, either subsumed or submerged by the changing sands and waters or by more human intervention. At the same time others have re-emerged from their shrouds. Over these four years Marc has travelled over 20,500 miles to 129 locations to capture these images along the coastlines of the UK, The Channel Islands, Northern & Western France, Denmark, Belgium and Norway Foreword by Roy Exley, a freelance art critic and curator based in London