The Last Songs of Autumn 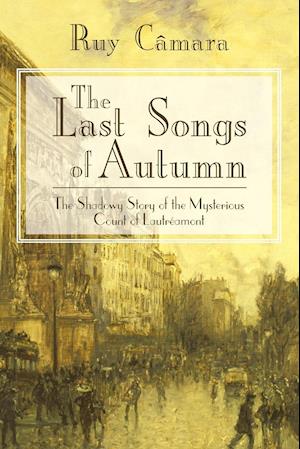 Tragic fate pursues Isidore Ducasse from his childhood. On Christmas Eve, 1847, at the age of two, he witnesses the suicide of his mother, Célestine. Eleven years later, with epidemics and wars tearing at Uruguay, his father, the diplomat François Ducasse, puts the boy on a ship and sends him to the south of France to be educated. He suffers horrific anguish there and resists the approaches of pedophiles within the scholastic prisons of Tarbes and Pau. At the age of eighteen, holding a baccalauréat degree and with some of his unfinished songs in hand, he takes on the pseudonym the "Count of Lautréamont" and enters the literary world of Paris and Brussels. Rejected by publishers, the young writer abandons his studies and takes on a life of luxury at his father's expense. When everything seems to be going well for this precocious dandy, his father, angry at his exuberant lifestyle, deserts him. In 1870, the Franco-Prussian War breaks out. Decadence overtakes his guardian, the banker Jean Darasse, who goes into bankruptcy and takes along the elder Ducasse, now practically penniless in wartorn South America. Will Isidore Ducasse be able to survive these tragic turns of events or will they change his life forever?