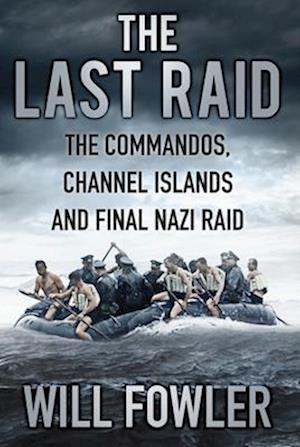 When Germany occupied the originally `demilitarised' Channel Islands in 1940, Hitler ordered the area to be staunchly fortified with colossal permanent structures like Battery Moltke on Jersey. As it was the only piece of the British Isles in Nazi control, he was determined that the islands should remain German forever. Churchill was equally obsessed, urging numerous commando raids and harebrained schemes for the invasion and liberation of the islands. But when France was freed in 1944, the Channel Islands were completely bypassed. German troops were cut off from their supplies and the island population began to starve. Occupied for almost the entire war, these quintessentially English islands serve as a fascinating microcosm of what Britain might have been like under Nazi rule. With one German soldier to every three islanders, resistance had to remain at a low level: possession of a radio merited a prison sentence.The Last Raid is an atmospheric account of life under German occupation, as well as the political manoeuvring behind the scenes. With the first detailed account in English of the Granville Raid, a unique German commando operation, Will Fowler combines the social experience of war with the military to form a fascinating chronicle of the fight for the Channel Islands during the Second World War.