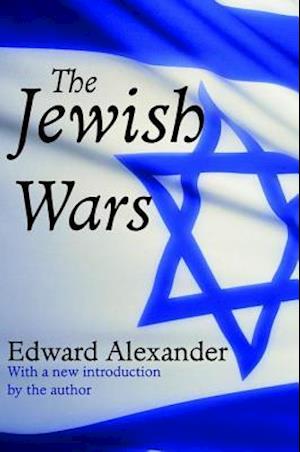 Edward Alexander launches a counterattack in the war of ideas over Zionism, very much a warrior using words and ideas as his weapons. This book begins with a dissection of the first (1987) Intifada and deals with people and events through 1994, when Israel, having embraced the PLO, began their withdrawal from the disputed territories. Alexander shows how the Intifada proved to be a potent propaganda tool for its organizers. The spectacle of young Palestinians facing Israeli soldiers won for Arabs precisely the victory they had sought: it moved liberal, especially Jewish liberal, sympathy decisively to the side of the Palestinians.Alexander criticizes prominent figures in politics, journalism, education, and literature who express hatred of Jews, Judaism, and Israel. He gives special attention to major combatants in the Jewish wars such as the late Edward Said, Desmond Tutu, Patrick Buchanan, Alexander Cockburn, Michael Lerner, Noam Chomsky, and still more to certain personality types: the timorous Jew cloaking his timidity in the robes of the biblical prophet; the treacherous Jew presenting betrayal of his own people as ethical idealism; the Israelophobe parading as a dispassionate "critic of Israeli policies," the journalist exploiting the full public address and public relations systems provided by his profession.The recurring themes in Alexander's essays are the relations between American and Israeli Jews and the incorporation of anti-Zionism into liberalism, multiculturalism, and literary criticism. He analyzes the politically motivated distortion and exploitation of the Holocaust, the strategies of moral and political discrimination used against Israel, the self-deceptions by which prominent American and Israeli Jews evade the implications of such discrimination, and the growing impunity with which antisemitic tropes can be employed at both ends of the political spectrum. The author's new introduction traces these developments into the twenty-first century.