- How the Right Manufactures Hatred of Muslims 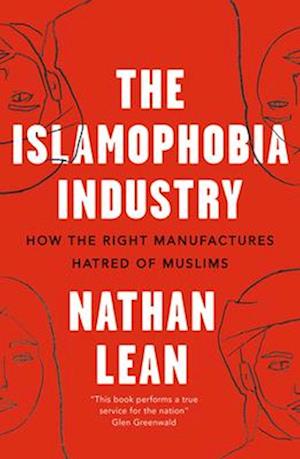 This is a disturbing account of the campaign to promote fear and hatred of Muslims in the United States and Europe, from the 'War on Terror' to Trump's travel ban.Nathan Lean takes us through a world of conservative bloggers, right-wing talk show hosts, evangelical religious leaders and politicians, united in their efforts to demonise Muslims as the new enemy of Western civilization. Lean uncovers their scare tactics, traces their sources of funding and exposes the ideologies that drive their lucrative propaganda machine.This second edition includes new material on the Trump campaign and presidency, tracking the rise to power of some of the Islamophobia Industry's most extreme figures. Writers from Breitbart, liberal anti-Muslim campaigners such as Bill Maher, and Trump-influencers such as Steve Bannon, Newt Gingrich and John Bolton are all put in the spotlight. This shocking and enlightening book is now more relevant than ever.