The Interdict in the Thirteenth Century

- A Question of Collective Guilt 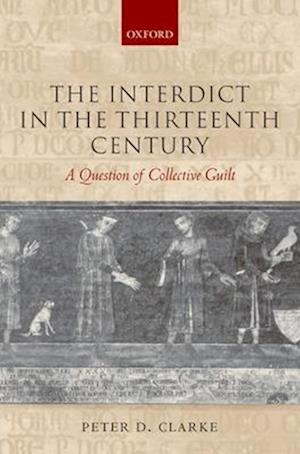 The interdict was an important and frequent event in medieval society. It was an ecclesiastical sanction which had the effect of closing churches and suspending religious services. Often imposed on an entire community because its leaders had violated the rights and laws of the Church, popes exploited it as a political weapon in their conflicts with secular rulers during the thirteenth century. In this book, Peter Clarke examines this significant but neglectedsubject, presenting a wealth of new evidence drawn from manuscripts and archival sources. He begins by exploring the basic legal and moral problem raised by the interdict: how could a sanction that punished many for the sins of the few be justified? From the twelfth-century, jurists and theologians arguedthat those who consented to the crimes of others shared in the responsibility and punishment for them. Hence important questions are raised about medieval ideas of community, especially about the relationship between its head and members. The book goes on to explore how the interdict was meant to work according to the medieval canonists, and how it actually worked in practice. In particular it examines princely and popular reactions to interdicts and how these encouraged the papacy to reform the sanction in order to make it more effective. Evidence including detailed case-studies of the interdict in action, is drawn from across thirteenth-century Europe - a time when the papacy's legislative activity and interference in theaffairs of secular rulers were at their height.