The Iliad and the Odyssey 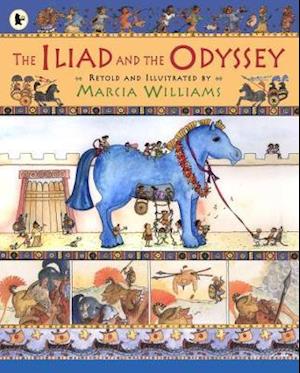 Thrilling comic-strip action, with monsters, mighty heroes and even mightier gods and goddesses.The Iliad tells the story of the war between Greeks and Trojans; the love between Helena and Paris; Achilles and Hector's deadly combat; the Trojan Horse... The Odyssey depicts the perilous voyage home of the Greek warrior Odysseus; his struggles against the one-eyed Cyclops; the terrible Sirens; the dreadful, six-headed Scylla... These classic Greek stories have been retold with lively text and a dramatic cartoon style, making them accessible and fun for young children.