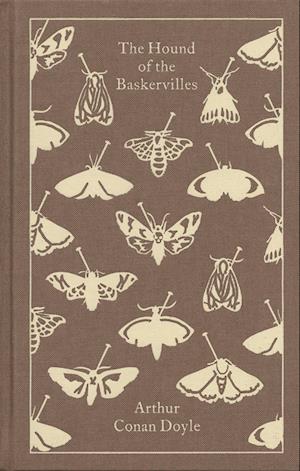 One of the BBC's '100 Novels That Shaped Our World'The Hound of the Baskervilles gripped readers when it was first serialised and remains one of Sherlock Holmes's greatest and most popular adventures. Could the sudden death of Sir Charles Baskerville have been caused by the gigantic ghostly hound that is said to have haunted his family for generations? Arch-rationalist Sherlock Holmes characteristically dismisses the theory as nonsense. And, immersed in another case, he sends Dr Watson to Devon to protect the Baskerville heir and observe the suspects at close hand. With its atmospheric setting on the ancient, wild moorland and its savage apparition, The Hound of the Baskervilles is one of the greatest crime novels ever written. Rationalism is pitted against the supernatural and good against evil as Sherlock Holmes sets out to defeat a foe almost his equal.This edition contains a full chronology of Arthur Conan Doyle's life and works, an introduction by renowned horror scholar Professor Christopher Frayling discussing the background to the novel and the legends and events that inspired the story, with further reading and explanatory notes.'Arthur Conan Doyle is unique ... Personally, I would walk a mile in tight boots to read him to the milkman'Stephen Fry

Forfattere
Bibliotekernes beskrivelse When Sir Charles Baskerville is found dead on the wild Devon moorland with the footprints of a giant hound nearby, the blame is placed on a family curse. It is left to Sherlock Holmes and Doctor Watson to solve the mystery of the legend of the phantom hound before Sir Charles' heir comes to an equally gruesome end.