The History of Kalmykia: From Ancient Times to Kirsan Ilyumzhinov and Aleksey Orlov 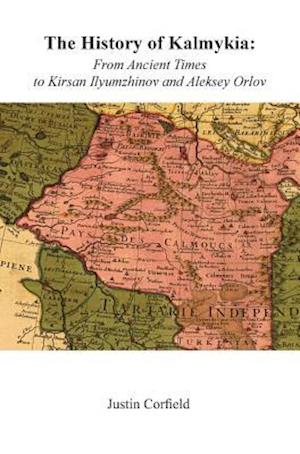 The Russian Revolution saw the clash between two men of Kalmyk ancestry: Lenin who seized power, and Kornilov who tried to prevent him from doing so. In the Russian Civil War that followed, Kalmyks fought on both sides. Collectivisation under Stalin saw an upheaval in their society, and a destruction of all their temples. After the German occupation of Kalmykia (1941-42), although most Kalmyks supported the Red Army, Stalin ordered the entire Kalmyk population to be deported to Siberia, and half of them died in exile. In 1956 Nikita Khrushchev allowed them to return home. In 1993 with the end of Communism, a local businessman Kirsan Ilyumzhinov was elected President of Kalmykia. A keen chess player, he was elected President of the World Chess Federation (FIDE) two years later, and during his 17 years as Kalmykia's president, he transformed the republic with the hosting of the 33rd Chess Olympiad in Elista in 1998. He also oversaw the introduction of compulsory chess classes into the primary school curriculum. Alexsey Orlov became president in 2010, and was elected with a massive majority four years later. He has overseen major improvements in the infrastructure of Kalmykia, and its increasing involvement with foreign countries through investment and educational ties. This is the first detailed history in English of the only majority Buddhist part of Europe. With over 400 illustrations, many never published before, this book draws from the author's three visits to Kalmykia, and interviews with many people including Kirsan Ilyumzhinov, Nicolai Ilyumzhinov and Aleksey Orlov. It is the first book to document chess playing by Kalmyks back to the 1770s, and provides much information about Kirsan Ilyumzhinov which has never previously been published, including a detailed family tree.