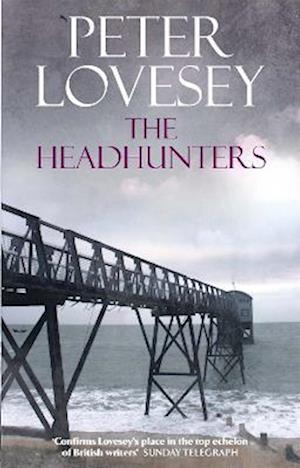 The second case for DCI Hen Mallin, introduced in The House Sitter.When widowed parcel-force worker Bob Naylor plucks up the courage to join a writers' circle, he discovers a motley collection of wannabe authors whom he would rather avoid at all costs. But when a publisher is found murdered, after recently addressing the group, Bob feels compelled to stay.Investigating Officer Hen Mallin attempts to investigate the group, despite their amateur sleuthing efforts and exhaustingly dramatic outbursts. And as another death casts the bewildered Bob in suspicion, the sinister secret of this circle finally starts to come to light . . . Jo and Gemma are friends who meet for coffee every Saturday to gossip and discuss the state of the world. At one such meeting, Gemma mentions killing her boss and Jo goes along with the joke. But Jo is not amused when she finds a real body on the beach at Selsey soon afterwards - an unidentified nearly-naked woman, who has been drowned. It take DCI Hen Mallin and her team some time to discover who the woman is, and as they are investigating, Jo and Gemma are getting into more trouble - they keep coming across dead bodies...Peter Lovesey's thirtieth novel explores one of his favourite themes - the innocent caught up in sinister events.