- the TikTok sensation! The perfect enemies to lovers romcom 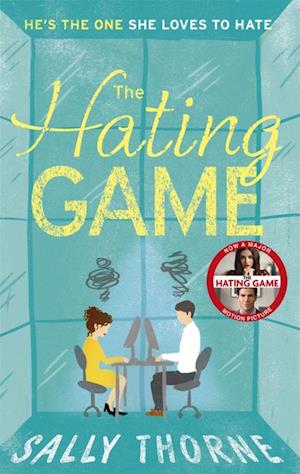 Forfatter
Forlagets beskrivelse 'Charming, self-deprecating, quick-witted and funny' The New York Times'The Hating Game is bursting at the seams with love (and hate) and heart' Christina Lauren, New York Times bestselling author of The Unhoneymooners Now a film starring Lucy Hale and Austin Stowell, globally bestselling author Sally Thorne's hilarious workplace comedy is all about the fine line between love and hate.Lucy Hutton and Joshua Templeman sit across from each other every day . . . and they hate each other. Not dislike. Not begrudgingly tolerate. HATE. Lucy can't understand Joshua's joyless, uptight approach to his job and refusal to smile. Joshua is clearly baffled by Lucy's overly bright clothes, quirkiness, and desire to be liked.Now they're up for the same promotion and Lucy, usually a determined people-pleaser, has had enough: it's time to take him down. But as the tension between Lucy and Joshua reaches its boiling point, it's clear that the real battle has only just begun . . .This bestselling, laugh-out-loud romantic comedy is an unmissable treat, perfect for fans of Christina Lauren's UNHONEYMOONERS or Emily Henry's BEACH READ. 'Funny, sexy and instantly unputdownable' Paige Toon'The next Sophie Kinsella' Bustle'A smart and funny modern romance' Good Housekeeping'Acerbic and sexy and filled with tension . . . a wicked, witty romance that will capture readers' hearts long before Joshua manages to capture Lucy's' Sarah MacLean, Washington Post
Bibliotekernes beskrivelse 'The next Sophie Kinsella'*, debut author Sally Thorne bursts on the scene with an unforgettable romantic comedy all about that pencil-thin line between hate and love.*Bustle