The Haitian Revolution in the Literary Imagination 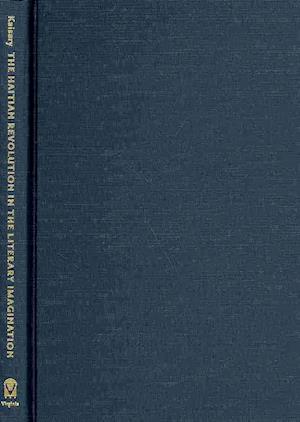 The Haitian Revolution (1791-1804) reshaped the debates about slavery and freedom throughout the Atlantic world, accelerated the abolitionist movement, precipitated rebellions in neighboring territories, and intensified both repression and antislavery sentiment. The story of the birth of the world's first independent black republic has since held an iconic fascination for a diverse array of writers, artists, and intellectuals throughout the Atlantic diaspora. Examining twentieth-century responses to the Haitian Revolution, Philip Kaisary offers a profound new reading of the representation of the Revolution by radicals and conservatives alike in primary texts that span English, French, and Spanish languages and that include poetry, drama, history, biography, fiction, and opera.

In a complementary focus on canonical works by Aim C saire, C. L. R. James, Edouard Glissant, and Alejo Carpentier in addition to the work of Ren Depestre, Langston Hughes, and Madison Smartt Bell, Kaisary argues that the Haitian Revolution generated an enduring cultural and ideological inheritance. He addresses critical understandings and fictional reinventions of the Revolution and thinks through how, and to what effect, authors of major diasporic texts have metamorphosed and appropriated this spectacular corner of black revolutionary history.