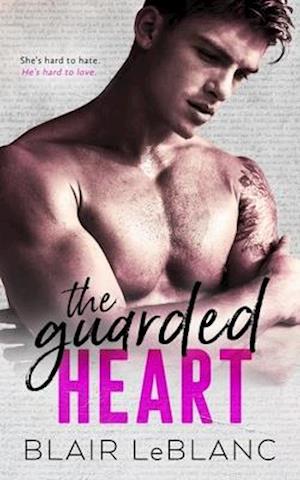 She's hard to hate. He's hard to love.Cassian.He's my silent shadow. A cold, unfeeling giant with a voice that's all grit. A man of few words who undresses me with his bedroom eyes. Whose rare smile makes my heart backflip.He's thirty.I'm nineteen.He's my bodyguard. I'm the daughter of a senator. He's my first. I'm one of his many conquests.He's distant as the moon, but I'm hopelessly falling for him.He'll protect my body, but shatter my heart. Because Cassian isn't made for white picket fences. He's built for pleasuring a woman. Protecting her. No matter how safe I feel in his arms- It won't last.A scandal might ruin my father's campaign. It wasn't what I planned, but Cassian seized me- heart, body, and soul.I can't let him go.I'll see this through the bittersweet end.Author's Note: A moody, overprotective bodyguard bends his rules for the girl he's supposed to hate. The Guarded Heart is a full-length, steamy, enemies-to-lovers romance with a heartwarming HEA from debut author, Blair LeBlanc.