The Great East Japan Earthquake and Its Impact on German Firms 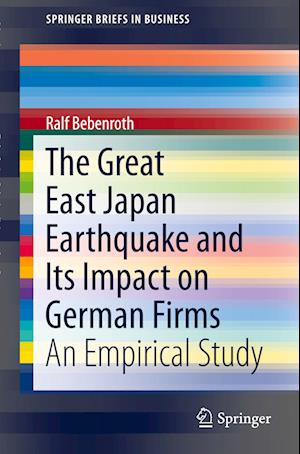 This publication sheds light on how Japan-based German firms dealt with the impact of the Great East Japan Earthquake that occurred in March 2011. To gather data, a questionnaire was developed and sent out in April 2012 to 244 German subsidiaries based in the Kanto area, mainly in Tokyo, with replies received from the top managers of 84 firms. In addition, the author conducted follow-up interviews with top managers of 14 of those firms in Tokyo to illuminate interesting aspects of the responses given in the questionnaires. It is shown that the overall impact on the performance of German firms was comparatively low. Those firms have now returned to normal operation and face relatively few disaster-related problems. However, firms with higher autonomy more frequently moved their offices either to the Kansai area, including Osaka, Kobe and Kyoto, or at least temporarily closed down. In retrospect, the interviews made clear that relocating or suspending operations was a costly mistake. In contrast to transaction cost theory, which states that subsidiaries should be given high autonomy in such cases of emergency, it would have been better for the headquarters offices to have communicated more intensively with the management of their subsidiaries.