- From the Great Depression to the Gulags: Hope and Betrayal in Stalin's Russia 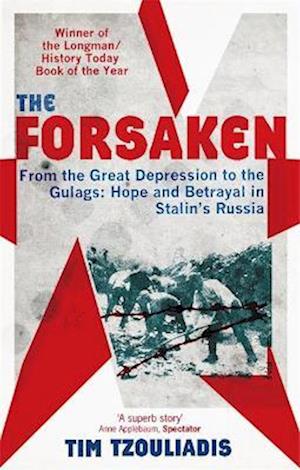 Of all the great movements of population to and from the United States, the least heralded is the migration, in the depths of the Depression of the nineteen-thirties, of thousands of men, women and children to Stalin's Russia. Where capitalism had failed them, Communism promised dignity for the working man, racial equality, and honest labour. What in fact awaited them, however, was the most monstrous betrayal.In a remarkable piece of historical investigation that spans seven decades of political change, Tim Tzouliadis follows these thousands from Pittsburgh and Detroit and Los Angeles, as their numbers dwindle on their epic and terrible journey. Through official records, memoirs, newspaper reports and interviews he searches the most closely guarded archive in modern history to reconstruct their story - one of honesty, vitality and idealism brought up against the brutal machinery of repression. His account exposes the self-serving American diplomats who refused their countrymen sanctuary, it analyses international relations and economic causes but also finds space to retrieve individual acts of kindness and self-sacrifice.