The Failure of the Muslim Brotherhood in the Arab World 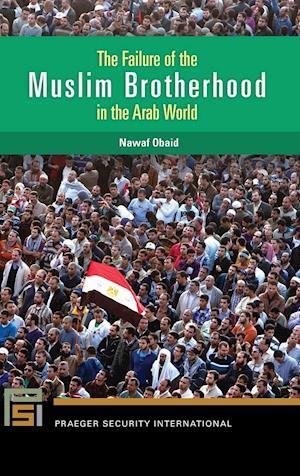 This book is an indispensable resource for anyone looking to understand the Muslim Brotherhood; Qatar's role in promoting the group; and the ideological, social, and religious factors that have led to its ultimate failure.The book begins by looking at the birth of the Muslim Brotherhood (MB) in 1928 in Egypt. It then traces its ideology and expansion via the various affiliate organizations in the Arab world as well as its international presence up to the present day. Throughout this historical analysis, evidence is presented linking the MB again and again to political violence and a lack of a coherent policy. The book weaves into this history the influence of Qatari support, a clarification of the division between true Salafism and the MB's radical ideology, an explanation of how Jamal Khashoggi was a living metaphor for this misunderstanding, and the role the MB has played in various revolutionary movements throughout the Middle East. The book concludes with a current geopolitical outlook on the MB itself and the Arab world in which it resides. The book is extensively sourced with first-hand primary source quotes from numerous exclusive personal interviews conducted by the author, with both experts on the subject and officials in the region.Provides a detailed account of the Muslim Brotherhood's history and its affiliates in every relevant countryFully documents Qatar's support for the Muslim Brotherhood and the nature of the current boycott against it led by Saudi ArabiaGives a novel perspective on the Muslim Brotherhood's ideology via a chapter-long discussion of SalafismOffers a candid, personal look at Jamal Khashoggi's struggle with his loyalty to the Muslim Brotherhood (MB) and Saudi Arabia and shows how this serves as a metaphor for the MB and its members