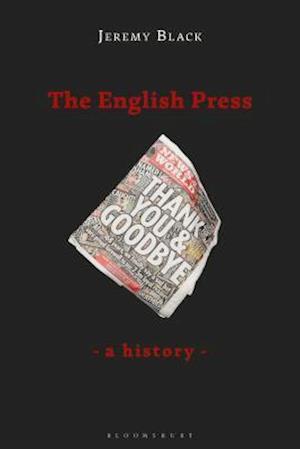 In this succinct one-volume account of the rise and fall of the English press, Jeremy Black traces the medium's history from the emergence of the country's newspaper industry to the Internet age. The English Press focuses on the major developments in the world of print journalism and sets the history of the press in wider currents of English history, political, social, economic and technological. Black takes the reader through a chronological sequence of chapters, with a final chapter exploring possible scenarios for the future of print media. He investigates whether we are witnessing the demise or simply a crisis of the press in the aftermath of the News of the World scandal and Levinson Inquiry. A new title by one of the most eminent historians of Britain and a leading expert on the history of the press, The English Press will appeal to undergraduate students of British and media history and journalism, as well as to the general reader with an interest in the history of England and the media.