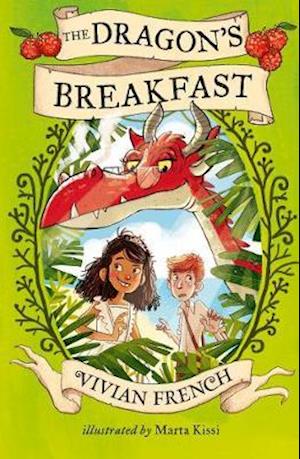 A rollicking fairy-tale adventure from the makers of The Adventures of Alfie Onion, The Cherry Pie Princess andTom & Tallulah and the Witches' Feast.Princess Persephone Stephanie Tiffany Jane ("Pom" for short) HATES being a princess. Her parents have no time for her - especially her dad, the King of Struggen, who's busy plotting against the neighbouring kingdom of Thrum. So when a friendly young orphan named Billy appears at the palace, Pom decides to run off with him. She's after adventure, and knows exactly where she'll find it: Bullion Island, a tiny patch of land that stands exactly between Struggen and Thrum. Legend has it that there's pirate treasure hiding in Bullion's sea-caves, guarded by a fearsome dragon - but nobody knows for sure, because no sailor has managed a return trip. But Pom isn't afraid of dragons ... or anything else!"Vivian French is a sublime storyteller" - Sunday Telegraph