The Discourses of Epictetus 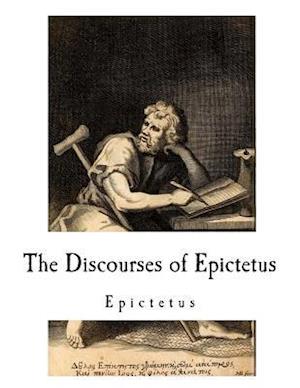 The Discourses of Epictetus - Translated by George Long - The Discourses of Epictetus are a series of extracts of the teachings of the Stoic philosopher Epictetus written down by Arrian c. 108 AD. The earliest manuscript of the Discourses is a twelfth-century manuscript kept at the Bodleian Library, Oxford. In the Bodleian manuscript, a blot or stain has fallen onto one of the pages, and has made a series of words illegible; in all the other known manuscripts these words (or sometimes the entire passage) are omitted, thus all the other manuscripts are derived from this one archetype. The Discourses were first printed, in Greek, by Vettore Trincavelli, at Venice in 1535. The first English translation did not appear until 1758 with the appearance of Elizabeth Carter's translation. This proved to be very successful, with a second edition appearing a year later (1759), a third edition in 1768, and a fourth edition published posthumously in 1807. It influenced later translations: e.g. those of Higginson and George Long (see his Introduction for comments, some critical of Carter).