The Defeat of Germany Then and Now 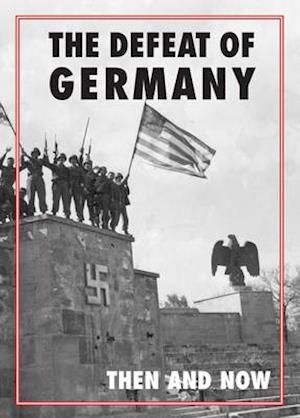 In December 1943, an American four-star general was appointed to lead the huge operation - code-named "Overlord" - which had been planned by Britain and the United States to defeat Germany. To that end, General Dwight D. Eisenhower arrived in London in January 1944 to establish his headquarters as Supreme Commander Allied Expeditionary Force (SHAEF). Although over 500 correspondents, photographers and broadcasters had been accredited by the Public Relations Division to cover the invasion of France due to take place in four months' time, SHAEF also decided to issue its own daily communiques, charting the progress of the battle, to be released under the signature of a former US pressman, Lieutenant Colonel D. Reed Jordon, the Chief of the Communications Section. Over the following months nearly 400 communiques were released by SHAEF and these are reproduced in the book. They were designed mainly as a guide for the press covering battlefield activities, so descriptions of the horror, the suffering, and the destruction that go with each shell fired and each bomb dropped were purposely left to the scores of talented news and photo reporters nearer the action.Alongside the measured text of the official communiques hundreds of photographs - many complete with censor deletions - taken by war photographers in France, Belgium, Holland, Luxembourg and Germany, are reproduced alongside 'then and now' comparison photos taken by After the Battle. Illustrating the battles by the western Allies to liberate western Europe, we follow the fighting month by month, beginning with D-Day in Normandy until signatures on a document in Berlin eleven months later denoted the final defeat of Nazi Germany.

Forlag:
After The Battle

Forfattere
Bibliotekernes beskrivelse This book illustrates the battles by the western Allies to liberate western Europe during the Second World War and follows the fighting, month by month, beginning with D-Day in Normandy until signatures on a document in Berlin eleven months later denoted the final defeat of Nazi Germany. Over 1500 colour, black and white illustrations