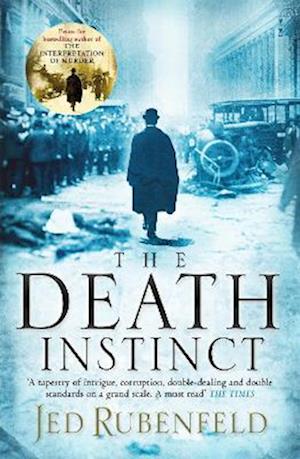 A spellbinding literary thriller about terror, war, greed, and the darkest secrets of the human soul, by the author of the million-copy bestseller, The Interpretation of Murder.September 16, 1920. Under a clear blue September sky, a quarter ton of explosives is detonated in a deadly attack on Wall Street. Fear comes to the streets of New York.Witnessing the blast are war veteran Stratham Younger, his friend James Littlemore of the NY Police Department, and beautiful French radiochemist Colette Rousseau. A series of inexplicable attacks on Colette, a secret buried in her past, and a mysterious trail of evidence lead Younger, Littlemore, and Rousseau on a thrilling international and psychological journey - from Paris to Prague, from the Vienna home of Freud to the corridors of power in Washington, DC, and ultimately to the hidden depths of our most savage instincts. As the seemingly disjointed pieces of Younger and Littlemore's investigations come together, the two uncover the shocking truth about the bombing - a truth that threatens to shake their world to its foundations.

Forfattere
Bibliotekernes beskrivelse The eagerly awaited follow up to the million-copy selling THE INTERPRETATION OF MURDER, winner of the 2007 Richard and Judy Book of the Year