indgår i serie The Lyrian Alliance 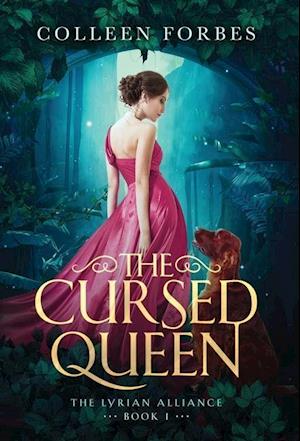 Queen Ravenna of Lyra doesn't believe in true love. After suffering from a broken heart, she curses herself to protect her heart and her country from undeserving suitors. While she waits for someone to break the curse, she is content to honor her parents' legacy by creating an alliance with all of the countries in the known world hoping that this will help improve her peoples' future by giving access to the best scholars outside of Lyra.

However, because the future of the monarchy is uncertain, there are undertones of civil unrest. Someone is trying to kill off members of the court who have a strong bid for the throne. If Ravenna were to die before she could produce an heir, civil war would be imminent.

Second Prince Liam of Wilderose never wanted to be a king. He is happy to support his older sister's queenship as he tries to discover the leaders of a band of raiders threatening her rule, the same raiders who killed Queen Ravenna's parents. When his sister asks him to represent Wilderose at the Alliance Treaty held in Lyra, he accepts. While there, he comes into contact with one of the most powerful beings in the realm, the fairy godmother of Lyra. She tells Liam that if he were to break the curse over Ravenna, her powers would benefit his sister's queendom as well. All he has to do is win Ravenna's heart while slowly losing his humanity and turning into a dog.

The Cursed Queen is inspired by Beauty and the Beast.