The Cry of the Renegade

- Politics and Poetry in Interwar Chile 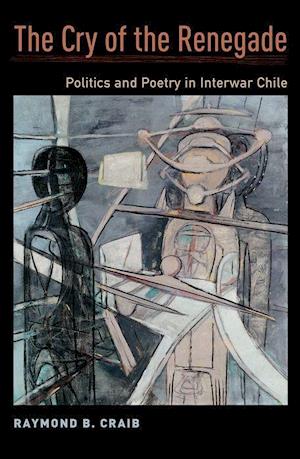 On October 1, 1920, the city of Santiago, Chile, came to a halt as tens of thousands stopped work and their daily activities to join the funeral procession of Jose Domingo Gomez Rojas, a 24 year old university student and acclaimed poet. Nicknamed "the firecracker poet" for his incendiary poems, such as "The Cry of the Renegade" Gomez Rojas was a member of the University of Chile's student federation (the FECh) which had come under repeated attack forits critiques of Chile's political system and ruling parties. Government officials accused the FECh's leaders of being advocates for the destruction of the social order, subversives who had the temerity to question national policy making, and insolent youths who did not know their place. Arrested for allegedsedition as part of a five-month-long "prosecution of subversives," Gomez Rojas joined other students and workers in Santiago's prison system. He never left. After two months in police custody, he died in Santiago's asylum, quickly to be reborn as a political martyr for students and workers alike.This microhistory recovers the context within which Gomez Rojas's arrest, imprisonment, and death unfolded and the experiences of men he counted as friends, comrades, colleagues, mentors, and pupils. Fifty years before the much-heralded student movements of 1968, Raymond Craib shows, university students and workers were active political collaborators and radicalized political subjects. In interwar Chile, members of Chile's sizeable working class marched side-by-side with students from theFECh. At the same time, increasingly radicalized university students, as well as former students, workers, and worker-intellectuals, gathered together to talk, read, and find common cause. Members of what Craib calls a "capacious Left" they shared a wide-ranging interest in works of sociology andpolitical theory, a penchant for poetry, and an eclectic embrace of anarchist, socialist, and communist principles and practices. They also shared the experience of repression, an experience that ultimately cost Gomez Rojas his life and marked an entire generation of political organizers and agitators, including future president Salvador Allende and poet Pablo Neruda.