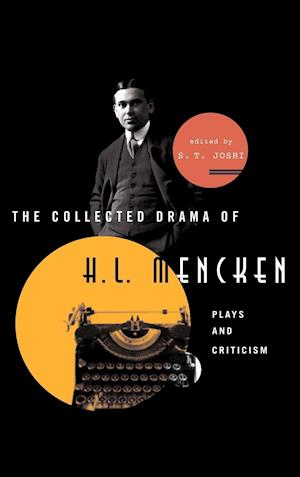 Throughout his career as a literary critic, H. L. Mencken was intent on elevating the bold, the daring, and the innovative over the hackneyed, the trite, and the superficial, and his drama criticism exhibits this tendency to the fullest. Though known primarily as a newspaperman and commentator, Mencken also wrote several one-act plays, as well as a full-length work.In The Collected Drama of H. L. Mencken: Plays and Criticism, S. T. Joshi has assembled for the first time Mencken's dramatic works, comprising six one-act plays and the lengthy three-act play Heliogabalus. These plays, which have never been reprinted since their original appearances in newspapers or in Mencken's early volume A Book of Burlesques (1916), exhibit Mencken's penchant for satire and ridicule. Several of the plays, such as In the Vestry Room and The Wedding: A Stage Direction, display Mencken's oft-expressed cynicism about the institution of marriage. Another related play is Asepsis, a satire on exaggerated concerns about sexual health in young married couples. Other plays take aim at the cultural deficiencies of the common people, such as Death: A Philosophical Discussion, which relays the hackneyed reactions of a group of mourners over the death of a friend. Mencken's most significant play by far is Heliogabalus, a play he co-wrote with his frequent collaborator, George Jean Nathan, in which Mencken expresses his scorn of the Christian religion.The second half of this book features a selection of Mencken's early writings (1905-17) on drama, most of which have never been reprinted. Various essays on Shakespeare, Shaw, Synge, Strindberg, Ibsen, and others exhibit Mencken's keenness as a literary critic and his understanding of the aesthetic possibilities of the drama. With an introduction by the editor who provides an overview of Mencken's work as a dramatist and drama critic, this collection will be of interest to amateur and even professional drama companies, theatre historians, and of course, anyone interested in the writings of Mencken.