The Coldest Thing She Ever Did 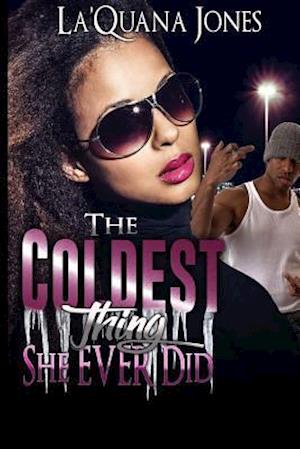 Larissa is a young woman who was born and raised in Sacramento California. She was recently fired from her in-home supportive services job for stealing money from the clients that gave her a hard time. She is in love with her boyfriend, Reggie, but Reggie is too busy running around South Sacramento with other females. He thinks he has her wrapped around his fingers and that was true before she started sleeping with John who is eight years older than her and engaged to be married to someone really close to her. After three months of fooling around with John she tried to leave him, but he had already fallen in love with her and he refused let her go. What started off as a fling is now turning into a love affair and Larissa can't handle John flirting with his fianc in front of her, so she decides to show her ass at the dinner table, but the joke ends up being on her when she finds out the bad news the next morning. She is a cold piece of work and I would love for you all to stay tuned to watch this story unfold.