The Cleansing Beyond (Paperback Edition) 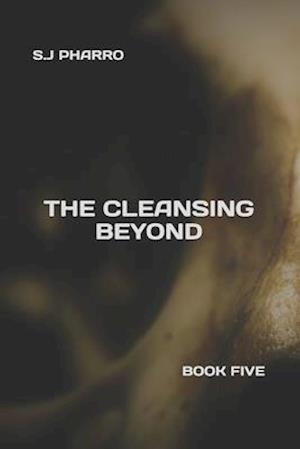 In the original Cleansing book we all stood and watched as the demons from Steve's past were kept at bay by his constant fight to try and save the world, not the big one, the small one around him. Him not really knowing who he was, why he was doing what he was and then everything falling through his fingers when he tried to grab hold. The original Cleansing painted the picture, broke the world, destroyed humanity in the most efficient way with some of the biggest twists and turns ever attempted in a book, all whilst battling his own opinions and feeling of being out of place.In Aftermath a year has passed and the tatters of humanity make up the ground that he walks on, he has no reason, no passion and no care for who he is and what he does. The demons once chasing him are now clawing around his throat, the world may stop but mental health, mental health never stops, he thought he had lost everything when in reality he never knew the very meaning of the word.In Last Stand he is back to doing what he knows best, delivering death and destruction with a face more fake than the ones he is fighting. The world has tipped and Steve is stood at the top of it all clinging on trying to bring it back up, but the world doesn't work like that and neither does his mental woes. The claws that were bringing him down in the previous two books are now dictating who he should be as a primal human being, his opinions the same, his fighting style the same if not a little more desperate. The only difference is that he is wearing his very soul on his sleeve, every action he does and has done is now drowning him, his fight with both the world and mental health can only end one way, it was always going to end the same way and the world falling apart was never going to stop that happening.In Origins we followed the leader of the masks, Michael. We followed him on the most audacious thing put to book for a very long time, a thousand year backstory with no magic, no fantasy, nothing but science. A thousand years watching how the man who ruined the world got to the point where he could, every major event in history told through the red piercing eyes of a masked man whose motives were clear, but his reasons so very spine tingling. Then at the end of Origins we see the humanity in him come out, see his struggle with his own methods and motives in one of the biggest cliff hangers of the whole series.Then we get to Beyond, this book. Almost ten years since the war first started, since the rioting in Paris and Berlin, since Steve sat in a helicopter not knowing what he was going toward. The United Kingdom has settled into clear factions, the cities that were predicted to be sparse in most apocalyptic stories, they are the complete opposite. Ravaging cannibals, groups of nations that got stuck in the country when the world fell, soldiers who have lost their path and beliefs, the masks somewhat there but at the same time more of a drifting memory inside every mind that lived through them.Beyond is unique for being a mental health orientated apocalyptic story in the wastelands, the fighting is still there, the death is still there, his mind still there and broken beyond all belief. Beyond also fills in the gaps from the previous books where time was passed over for various reasons, Beyond is a complete and utter decimation of a mind in a world that is long decimated.