The City of Lies 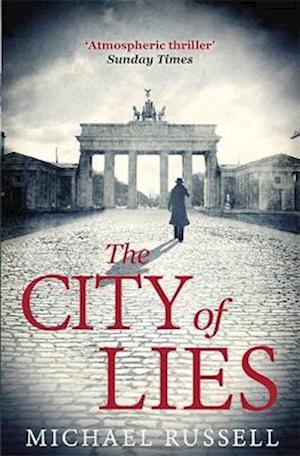 Dublin, September 1940. An IRA attempt to capture the British diplomatic bag on its way from Ireland to England leaves a Guard dead on the streets of Dublin. Two days later a pitched battle between warring gangs erupts at one of Ireland's biggest race meetings. In the Irish countryside, the cremated bodies of a family of four are found in their burned-out house. Connections between these events become clear to Detective Inspector Stefan Gillespie when he is dispatched to investigate the four dead bodies - or is he there to cover something up? He is soon treading on the toes of Ireland's burgeoning Intelligence industry - Irish, British and German, all playing against each other, all watching each other, all plagued by rogue operators they can't control. Meanwhile certainty grows that Hitler is about to invade England, with Ireland in the firing line. And then Stefan is asked to go to Berlin on a sensitive mission the Irish government doesn't want anyone to know about. The journey will take him not only to Berlin and the heart of the war, but to a murder that touches the city's small Irish community and opens a window on to the heart of Europe's darkness...