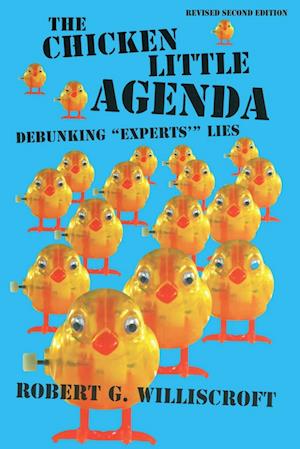 The sky is not falling-the global greenhouse in not out of control, the ozone layer is still there, and the Cold War is over! Finally, a book that contradicts the Chicken Little mentality by arguing that most of these concerns are scare tactics used to persuade the ordinary citizen.

Robert G. Williscroft firmly establishes that the sky is not falling. By using scientific research and solid reasoning, he explains some of the most disturbing problems facing our nation including global warming, the safety of nuclear power, the politics of education, and the oxymoron of government efficiency. With a clear message, he discerns what is true from what is merely Chicken Little gibberish.