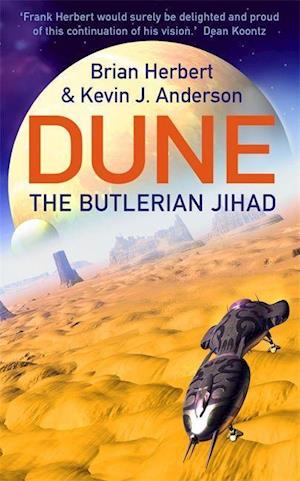 It began in the Time of Tyrants, when ambitious men and women used high-powered computers to seize control of the heart of the Old Empire including Earth itself. The tyrants translated their brains into mobile mechanical bodies and created a new race, the immortal man-machine hybrids called cymeks. Then the cymeks' world-controlling planetary computers - each known as Omnius - seized control from their overlords and a thousand years of brutal rule by the thinking machines began. But their world faces disaster. Impatient with human beings' endless disobedience and the cymeks' continual plotting to regain their power, Omnius has decided that it no longer needs them. Only victory can save the human race from extermination.

Forfattere
Bibliotekernes beskrivelse One hundred and ten centuries from now, humanity has spread across space. And all-powerful machines rule the humans who were once their masters. None