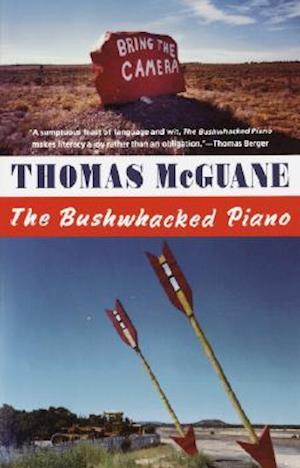 As a citizen, Nicholas Payne is not in the least solid. As a boyfriend, he is nothing short of disastrous, and his latest flame, the patrician Ann Fitzgerald, has done a wise thing by dropping him. But Ann isn't counting on Nicholas's wild persistence, or on the slapstick lyricism of Thomas McGuane, who in The Bushwhacked Piano sends his hero from Michigan to Montana on a demented mission of courtship whose highlights include a ride on a homicidal bronco and apprenticeship to the inventor of the world's first highrise for bats. The result is a tour de force of American Dubious.

Forfattere
Bibliotekernes beskrivelse A heroic young man is in pursuit of a spoiled rich girl, a career, and a manageable portion of the American Dream.