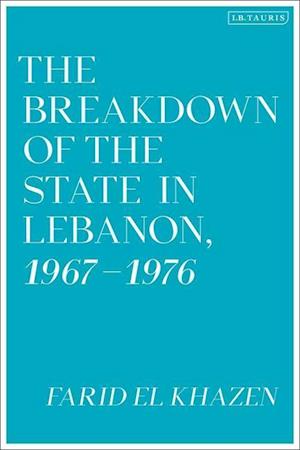 Why did the Lebanese state, the most open and democratic political system in the Middle East, break down between 1967 and 1976? In this major contribution to the debate, Fazel el-Khazen rejects the standard explanations of the Lebanese Civil War and argues instead that the causes were due to the official state ideology, which recognized diversity, dissent and a highly pluralistic population, and then specific external factors: pressures from the Arab-Israeli Conflict, inter-Arab rivalries, and the Palestine Liberation Organization's close connection to Lebanese politics. Using an historical analysis, el-Khazen sheds light on the political situation of the country in the lead up to the conflict and the major role Lebanon's neighbours had in the events. The detailed and comprehensive account uses interviews with the key protagonists in the civil war and analysis of unpublished sources to reveal how and why the breakdown took place.