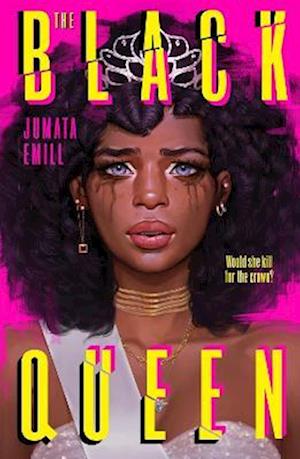 A dark and twisty murder mystery - Ace of Spades meets Riverdale 'At once incisive and chilling, The Black Queen folds hard-hitting truths into a propulsive murder mystery, delivering a story that both entertains and examines. This is Pretty Little Liars for a new generation.' - Tahereh Mafi, New York Times bestselling author of the Shatter Me series Tinsley McArthur was supposed to become homecoming queen, just like generations of McArthur women before her. But in a bid for diversity, Lovett High wants a black queen this year and the top contender is the bold and beautiful Nova Albright. Though Tinsley tries to convince her to drop out, Nova isn't about to step aside for some rich white girl. On homecoming night, drunk and enraged, Tinsley is caught on camera declaring she should have killed Nova. The next morning Lovett High's first Black homecoming queen turns up dead. Would Tinsley do anything for the crown? Nova's best friend Duchess certainly thinks so. So when Tinsley asks Duchess for help to clear her name, she agrees. She's determined to get justice for Nova, even it means befriending a murderer to find proof against her. But their investigation begins to uncover secrets about Nova's past and one big secret that could change everything in their small town. Perfect for fans of Ace of Spades, A Good Girl's Guide to Murder and Riverdale Sharp, clever and unputdownable - a thriller with a bite From 2018 PitchWars author Jumata Emill