- History and Theory of Literary Self-Translation 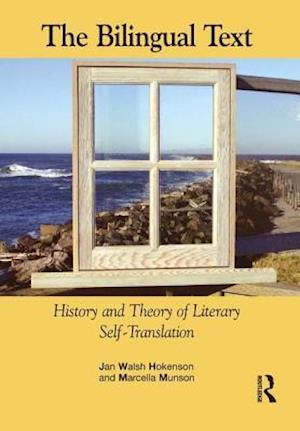 Bilingual texts have been left outside the mainstream of both translation theory and literary history. Yet the tradition of the bilingual writer, moving between different sign systems and audiences to create a text in two languages, is a rich and venerable one, going back at least to the Middle Ages. The self-translated, bilingual text was commonplace in the mutlilingual world of medieval and early modern Europe, frequently bridging Latin and the vernaculars. While self-translation persisted among cultured elites, it diminished during the consolidation of the nation-states, in the long era of nationalistic monolingualism, only to resurge in the postcolonial era. The Bilingual Text makes a first step toward providing the fields of translation studies and comparative literature with a comprehensive account of literary self-translation in the West. It tracks the shifting paradigms of bilinguality across the centuries and addresses the urgent questions that the bilingual text raises for translation theorists today: Is each part of the bilingual text a separate, original creation or is each incomplete without the other? Is self-translation a unique genre? Can either version be split off into a single language or literary tradition? How can two linguistic versions of a text be fitted into standard models of foreign and domestic texts and cultures? Because such texts defeat standard categories of analysis, The Bilingual Text reverses the usual critical gaze, highlighting not dissimilarities but continuities across versions, allowing for dissimilarities within orders of correspondence, and englobing the literary as well as linguistic and cultural dimensions of the text. Emphasizing the arcs of historical change in concepts of language and translation that inform each case study, The Bilingual Text examines the perdurance of this phenomenon in Western societies and literatures.