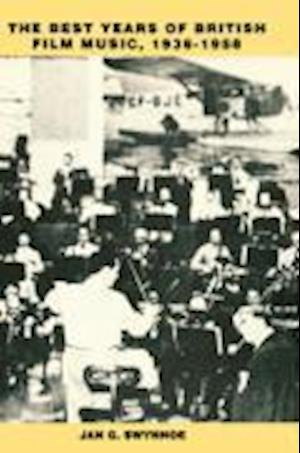 Jan Swynnoe's study is concerned with the special British contribution to film music, detailing how the idiosyncracies of British film, and of the British character, set it apart from its Hollywood counterpart. She shows how the differences between the two industries in all aspects of film making variously affected composers on both sides of the Atlantic.In the mid 1930s, when film composers in America were perfecting the formulae of the classical Hollywood score, film music in Britain scarcely existed; within a year or so, however, top British composers were scoring British films. How this transformation was brought about, and how established British concert composers, including Vaughan Williams and Arnold Bax, faced the challenge of the exacting and often bewildering art of scoring for feature film, is vividly described here, and the resulting scores compared with the work of seasoned Hollywood composers. JAN SWYNNOE researched the material on which her book is based over several years, at the same time pursuing her musical life as pianist, percussionist and composer.

Forfattere
Bibliotekernes beskrivelse A study of the British contribution to film music, detailing the idiosyncracies of British film, and showing how the differences between it and Hollywood affected composers on both sides of the Atlantic.