The Art of Listening in the Early Church

- Harrison, C: Art of Listening in the Early Church 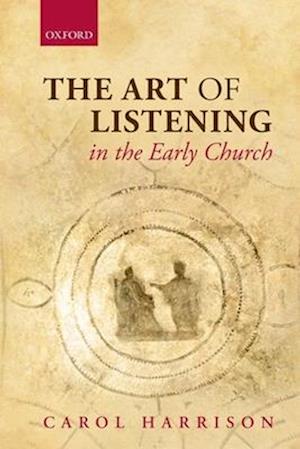 How did people think about listening in the ancient world, and what evidence do we have of it in practice? The Christian faith came to the illiterate majority in the early Church through their ears. This proved problematic: the senses and the body had long been held in suspicion as all too temporal, mutable and distracting. Carol Harrison argues that despite profound ambivalence on these matters, in practice, the senses, and in particular the sense of hearing, wereultimately regarded as necessary - indeed salvific -constraints for fallen human beings. By examining early catechesis, preaching and prayer, she demonstrates that what illiterate early Christians heard both formed their minds and souls and, above all, enabled them to become 'literate' listeners; ablenot only to grasp the rule of faith but also tacitly to follow the infinite variations on it which were played out in early Christian teaching, exegesis and worship. It becomes clear that listening to the faith was less a matter of rationally appropriating facts and more an art which needed to be constantly practiced: for what was heard could not be definitively fixed and pinned down, but was ultimately the Word of the unknowable, transcendent God. This word demanded of early Christianlisteners a response - to attend to its echoes, recollect and represent it, stretch out towards it source, and in the process, be transformed by it.

Forfattere
Bibliotekernes beskrivelse The sense of hearing was particularly important in the ancient world when the majority of people were illiterate. Rhetoric has been given attention in this context, but listening has been virtually ignored. This book deals with the practical and theological issues which listening to an incorporeal, unknowable God raised for early Christians.