The Anthropology of Landscape

- Perspectives on Place and Space

indgår i serie Oxford Studies in Social and Cultural Anthropology 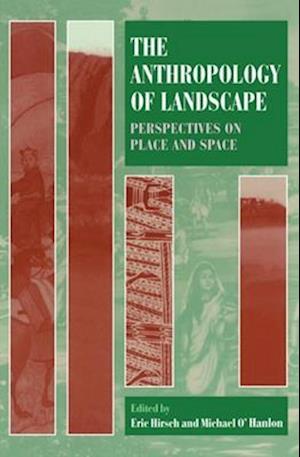 Landscape has long had a submerged presence within anthropology, both as a framing device which informs the way the anthropologist brings his or her study into "view", and as the meaning imputed by local people to their cultural and physical surroundings. A principal aim of this volume follows from these interconnected ways of considering landscape: the conventional, Western notion of "landscape" may be used as a productive point of departure from which to exploreanalogous ideas; local ideas can in turn reflexively be used to interrogate the Western construct.The Introduction argues that landscape should be conceptualized as a cultural process: a process located between place and space, foreground actuality and background potentiality, image and representation. In the chapters that follow, nine noted anthropologists and an art historian exemplify this approach, drawing on a diverse set of case studies. These range from an analysis of Indian calendar art to an account of Israeli nature tourism, and from the creation of a metropolitan "gaze" innineteenth-century Paris to the soundscapes particular to the Papua New Guinean rainforests. The anthropological perspectives developed here are of cross-disciplinary relevance; geographers, art historians, and archaeologists will be no less interested than anthropologists in this re-envisaging of thenotion of landscape.

Forfattere
Bibliotekernes beskrivelse This volume offers anthropological perspectives on landscape, a topic of emerging interest for anthropologists, geographers, art historians and archaeologists. It proposes that landscape be conceptualized as a cultural process situated between "place" and "space". 36 black and white illustrations, line figures, tables