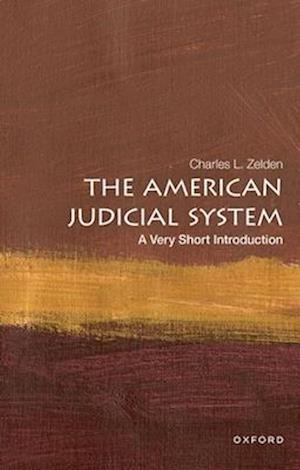 At some point, everyone living in the United States has some type of interaction with the American judicial system. For most, this contact is relatively minor: contesting a traffic ticket, suing or being sued in civil court, being a witness in a civil or criminal trial, or serving on a jury. Others are caught up in the criminal justice system - as defendants, as victims, as witnesses, as jurors, or as relatives of a victim or a defendant. For still others, contactcomes via an important policy issue affecting their lives in the hands of judges and justices sitting in judgment in marble temples to the law. Yet whatever the level of contact, the American judicial system affects peoples' lives. What courts and judges do matters.This book provides a very short, but complete introduction to the institutions and people, the rules and processes, that make up the American judicial system. Jargon free and aimed at a general reader, this Very Short Introduction explains the 'where,' 'when,' and 'who' of American courts. It also makes clear the 'how' and 'why' behind the law as it affects everyday people. It is, in a word, a starting place to understanding the third branch of American government at both the state andfederal levels; a guide to those wishing to know the basics of the American judicial system; and a cogent synthesis of how the various elements that make up the law and legal institutions fit together.