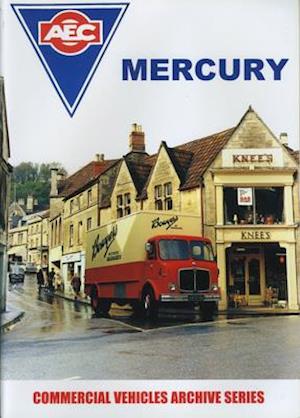 In twenty-three years of production after it first entered service in 1954 some 40,000 Mercurys were produced, a tribute to the popularity of this medium-weight vehicle. The early Mercury weighed about 4 tons unladen, giving it a legal payload of 8 tons. One of the first of the many photographs in this book shows a 1955 Mercury tipper, in service with Southall borough council. The fully captioned photographs which follow show all manner of Mercury uses both for the rigids and the tractors. Fire-fighting machines, whisky cask transporters, South African Ready Mixed concrete lorries, Irish cattle hauliers - all employed Mercurys. Early Mercurys experienced reliability problems, but once these were sorted out the model became an operator's dream, being highly productive and profitable to run. After the introduction of the Ergomatic cab, AEC found it difficult to cope with demand in the mid-1960s. However, ten years later production ceased, partly a sacrifice in the internal politics of the gargantuan business that British Leyland had become. The final photograph is of a Rediffusion tilt-cabbed Mercury box van looking resplendent in 1975 livery.Author Graham Edge sets his full account in the context of the changes to the transport industry over the period and relates the Mercury to the competitive models from other manufacturers.His Appendices cover Mercury chassis details, as well as the Mercury engine family and mid-1960s modifications for higher gross weights.

Forfattere
Bibliotekernes beskrivelse Graham considers the development and production of a vehicle which, after the kinks were ironed out, became an operator's dream. He looks at some derivatives and the model in retrospect. 98 photos