- Marvin Leonard and Fort Worth 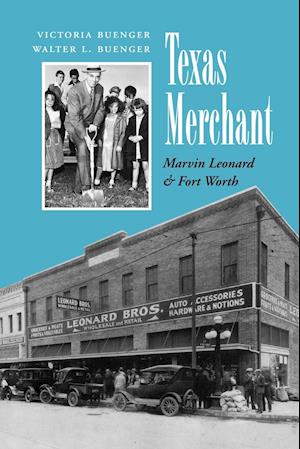 Few department stores symbolized the aspirations of a community or represented the identity of its citizens in a stronger or more enduring way than Leonards in Fort Worth, Texas. For over fifty years, Marvin Leonard, the store's founder, and his brother Obie ran a store that was always a unique place to shop. Customers also found a stunning array of goods--fur coats and canned tuna, pianos and tractors--and an environment that combined the spectacular with the familiar. But the story of Leonards goes beyond the store and the man who made it. For Marvin Leonard, downtown Fort Worth and Leonards were always intertwined. In the earliest years, Fort Worth's working families and rural West Texans shopped Leonards not only for bargains, but also because it was Fort Worth's place to meet and greet. Later, downtown's appeal slipped as rival suburban shopping areas grew, but Marvin Leonard refused to expand beyond one store and never left downtown. Leonards gave Fort Worth a special identity, a distinctiveness, and an attraction to the city's center. When Tandy bought Leonards and later sold it to Dillard's, Fort Worth's image and character changed.