Teal Dots in an Orange World

- How to organize the workplace of the future 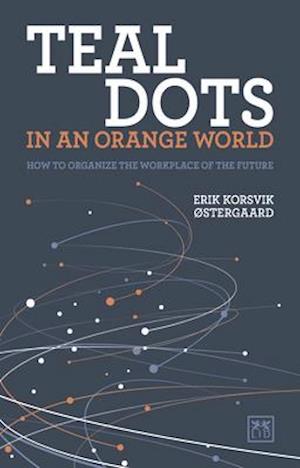 Forfattere
Forlagets beskrivelse In the last century, changes in technology have driven massive developments in the social economy. The Fourth Industrial Revolution demands new approaches to organizational structures and teams. A paradigm shift is emerging, putting engagement, relations, inclusion and freedom at the centre. We need small self-managed teams, in a team-of-teams structure to be relevant to employees and customers, and in order to adapt to a changing world. In his second book, Erik Korsvik Ostergaard draws on the workings of Frederic Laloux, and his 2014 title Reiventing Organisations. Laloux discusses the five organizational stages to the modern workforce; the Red, Amber, Orange, Green and Teal stages. And with these writings, Ostergaard presents arguments towards how the classical corporate structure at the Orange stage, has experienced a rise in teal dots, or rather, neo-modernist forms of team-oriented organisms, which express a reorganisation for the future workforce.
Bibliotekernes beskrivelse Erik Korsvik Ostergaard introduces a comprehensive and proven model to the future of work.