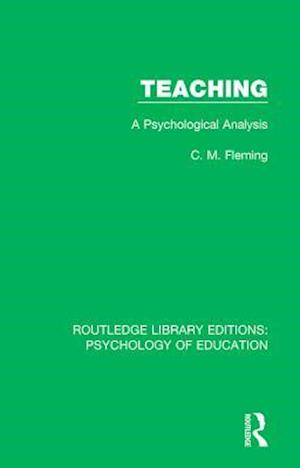 Originally published in 1968, the findings of modern psychological research had contributed much that was directly relevant to the problems of all who taught at the time. Dr Fleming here presents both recent and past conclusions in a survey that would have been useful to all who were called upon to give instruction. Since its first appearance in 1958 this book had been entirely revised and brought into line with the most modern research. Today it can be read and enjoyed in its historical context.