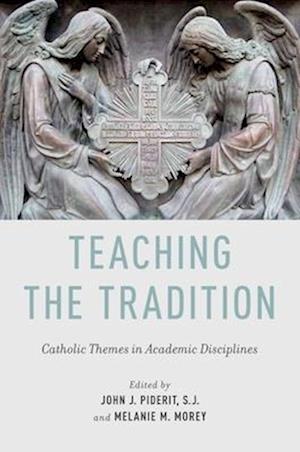 Headache pain is widespread: 70% of Americans report suffering from headaches; 12% of those experience migraine pain. Aiming to supply clinicians with the information they need to care for headache patients, this second edition covers the most current information on headache classification, diagnostic procedures, and the treatment and management of chronic headache pain, including botulinum toxin for headache and zolmitriptan. The author discusses all commonheadache conditions: migraine, chronic migraine, status migraine, cluster and related headaches, tension headaches, sinus headaches, cervicogenic headaches, secondary headaches, and neuralgias. Part of the Oxford American Pain Library, this concise handbook aims to provide clinicians with practicalinformation about the diagnosis and management of headache patients. Treating migraine and headache care holistically, the author includes a thorough review of both pharmacological medicines, such as anticonvulsants, antidepressants, and triptans as well as non-pharmacological alternatives, such as botanical remedies, acupuncture, and behavioral therapy. The book concludes with a collection of representative cases to help the physician integrate factual knowledge with evidence from real-lifeclinical situations. Compact and affordable, this volume is accessible, fact-filled, readable, and clinically pertinent.For much of the twentieth century, Immigration and Naturalization Service (INS) officials recognized that the US-Mexico border region was different. Here, they confronted a set of political, social, and environmental obstacles that prevented them from replicating their achievements on Angel Island and Ellis Island, the most restrictive immigration stations in the nation. In response to these challenges, local INS officials resorted to the law, nullifying, modifying,and creating the nation's immigration laws and policies for the borderlands.In The INS on the Line, S. Deborah Kang traces the ways in which the INS on the US-Mexico border made and remade the nation's immigration laws over the course of the twentieth century. Through a nuanced examination of the agency's legal innovations in the Southwest, Kang demonstrates that the agency defined itself not only as a law enforcement unit but also as a lawmaking body. In this role, the INS responded to the interests of local residents, businesses, politicians, and socialorganizations on both sides of the US-Mexico border as well as policymakers in Washington, DC. Given the sheer variety of local and federal demands, local immigration officials constructed a complex approach to border control, an approach that closed the line in the name of nativism and national security, openedit for the benefit of transnational economic and social concerns, and redefined it as a vast legal jurisdiction for the policing of undocumented immigrants.The composite approach to border control developed by the INS continues to inform the daily operations of the nation's immigration agencies, American immigration law and policy, and conceptions of the US-Mexico border today.The global reality of suffering and death has demanded an authentic theological response in every era and has impelled debate concerning Gods relationship to suffering and the conceivability of the suffering of God. The scope and impact of this suffering in the last century have driven this debate to acute pitch, demanding How shall one speak rightly of God in view of the suffering that is inherent and inflicted in the cosmos? While in former ages, some looked toan omnipotent and impassible deus ex machina in answer to this question, many contemporary theologians have revised their understanding of God in relation to the world. With these theologians, this book proposes that a truly viable response to cosmic suffering is the recognition that the triuneChristian God participates in the very sufferings of the cosmos itself. To support this position, it sets itself within the theology and science dialogue and specifically within the work of scientist-theologian Arthur Peacocke. Informed by the understandings of evolutionary science, grounded within a panentheistic paradigm of the God-world relationship, and rooted within the Christian theological tradition, this work contends that the understanding of the Triune God as intimately involved withthe suffering of the cosmos is viable and efficacious in view of the suffering of the cosmos and its creatures. It develops a female procreative model of the creative suffering of the Triune God, an ecological ethics based on the midwife model of care, and a pastoral model of threefolddifferentiation of suffering in God as steps toward Christian praxis in response to the mystery of God within the pain, suffering, and death of cosmic existence and human experience.The Catholic intellectual tradition is broad, and covers a wide array of academic disciplines. From the origin of universities and through their first six hundred years of existence, philosophy and theology were the central disciplines. However, with the establishment of chairs in mathematics and others in chemistry at German universities in the nineteenth century, new academic disciplines started to be acknowledged and, in the following two hundred years, the modernarray of academic departments gradually emerged. Many of the topics covered in these emerging disciplines, however, had earlier been addressed in theology or philosophy, and it is from here that the Catholic intellectual tradition made important contributions and distinctions in many of the mostpopular undergraduate academic departments.Structured around two lead essays on Catholic anthropology and Catholic theology, this volume focuses on important religious themes and how they appear in various academic disciplines. John Piderit, Melanie Morey, and their contributors take a disciplinary approach to the Catholic intellectual tradition. Each chapter focuses on one academic discipline or major that is taught at the undergraduate level in most colleges or universities; the book is primarily intended for Catholic institutions whoteach undergraduates and have an interest in showing students how various topics in their disciplines are related to Christian belief and the Catholic tradition in particular.