Tartessos and the Phoenicians in Iberia 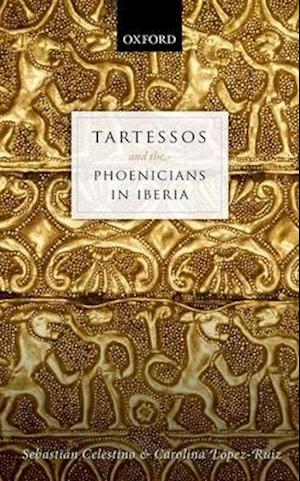 This is the first book in English about the earliest historical civilization in the western Mediterranean, known as "Tartessos."Endowed with extraordinary wealth in metals and strategically positioned between the Atlantic and Mediterranean trading routes at the time of Greek and Phoenician colonial expansion, Tartessos flourished in the eight-seventh centuries BCE. Tartessos became a literate, sophisticated, urban culture in southwestern Iberia (today's Spain and Portugal), enriched by commercial contacts with the Aegean and the Levant since at least the ninth century. In its material culture (architecture, grave goods,sanctuaries, plastic arts), we see how native elements combined with imported "orientalizing" innovations introduced by the Phoenicians. Historians of the rank of Herodotos and Livy, geographers such as Strabo and Pliny, Greek and Punic periploi and perhaps even Phoenician and Hebrew texts, testifyto the power, wealth, and prominence of this westernmost Mediterranean civilization. Archaeologists, in turn, have demonstrated the existence of a fascinating complex society with both strong local roots and international flare. Yet for still-mysterious reasons, Tartessos did not attain a "Classical" period like its peer emerging cultures did at the same time (Etruscans, Romans, Greeks). This book combines the expertise of its two authors in archaeology, philology, and cultural history to present a comprehensive, coherent, theoretically up-to-date, and informative overview of the discovery, sources, and debates surrounding this puzzling culture of ancient Iberia and its complex hybrid identity vis-a-vis the western Phoenicians. This book will be of great interest to students of the classics, archaeology and ancient history, Phoenician-Punic studies, colonization andcultural contact.

Forfattere
Bibliotekernes beskrivelse This book is about the earliest historical civilization in the western Mediterranean, known as "Tartessos." Tartessos was a literate, sophisticated, urban culture in southwestern Iberia. This book presents the most comprehensive, coherent and theoretically up-to-date overview of the discovery, sources, and debates surrounding this puzzling culture